On January 1, we celebrate a new year and Haiti’s independence. It was on this date that Haiti became the first country to have ever successfully revolt against slavery. So as Haitians, we take great pride in our history as we celebrate each year with a traditional pumpkin soup known as Soup Joumou.

Soup Joumou is a warm, hearty, and delicious soup made of pureed squash, combined with spices, vegetables, beef, and pasta – typically spaghetti or penne pasta. The history of this soup dates back over 200 years when Haiti successfully revolted against slavery and proclaimed its independence. In every spoon, it carries a special meaning – one that represents hope and freedom! Essentially, soup joumou is much more than soup – it is history in a bowl!

Haiti was once a rich country producing coffee, cocoa, and sugar but on the backs of slaves. In 1792, slaves began to rebel and word spread quickly about the uprising of slaves. Toussaint L’Ouverture (a self-educated former slave turned military leader) decided to organize the slaves, forming an army, and led the revolution to end slavery. However, in 1802, L’Ouverture was captured and eventually died in prison. General Jean-Jacques Dessalines (who was once under L’Ouverture’s leadership) took over and successfully led his troops to victory – winning Haiti’s independence and putting an end to slavery.

On Jan 1, 1804,  Haiti had become the first and only country to have ever revolted against slavery and won – making Haiti the first black independent nation in the world. To celebrate, Dessalines incorporated the tradition of soup joumou as a symbol of freedom and in celebration of Haiti’s Independence.

Why Soup Joumou? As legend has it, slaves were forbidden from drinking this soup. When Haiti’s independence was won, the slaves celebrated with this once forbidden soup joumou.  Another version of its origins credits Dessaline’s spouse Marie Claire Heureuse Félicité Bonheur for this soup that was shared with the slaves to keep them nourished during the revolution.

How to make Soup Joumou

Soup Joumou can be served any day of the year (typically on Sundays). However, it is especially commemorated on Jan 1st in celebration of Haiti’s Independence.   Traditionally, families gather ingredients the night before to season the meat and start prepping for the next morning. By morning, you can just smell the aroma of the bubbling hot soup joumou…mmmmm!

Tis’ the season to drink kremas, eat Haitian patties, and be merry. It’s truly the most wonderful time of the year. When Haitian food is added to.…. 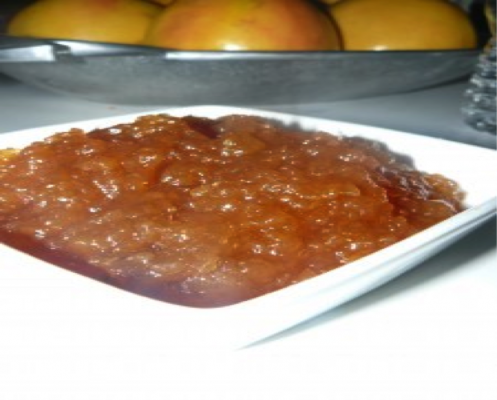 How to Make Confiture Peau Chadeque

This came in as a Facebook request to make Confiture Peau Chadeque (Haitian Grapefruit Jam). It brings back good memories of my childhood in Haiti….